From its inception, the GO FAIR Community has been committed to working together to build components for an Internet of FAIR Data and Services (IFDS). The GO FAIR International Support and Coordination Office does just this, supporting and coordinating community initiatives on FAIR implementations. At the 2nd Annual GO FAIR Implementation Networks Meeting in Hamburg (January 23-24), this support and coordination role was made practical by the theme of “Convergence”. Convergence is when a critical mass of stakeholders voluntarily chooses for the same or compatible standards and technologies. Convergence is ultimately a bottom-up process involving complex decisions among multiple stakeholders. This makes convergence difficult to steer or even predict. Nonetheless, after decades of innovation, the growing weight of Big Data, and broad impact of the FAIR Principles, there is a sense that widespread and rapid convergence is possible for at least some elements of the IFDS. This possibility seems real, not only within INs, but also between them.

In an active attempt to accelerate convergence, the 27 topically diverse INs gathered in Hamburg took the opportunity to explore areas of existing and future cross-IN/cross-domain convergence. In a series of flash presentations, each IN identified the primary community interactions that could lead to the reuse of existing resources (standards and technology) for implementing FAIR and other aspects of FAIR best practices. Simple examples include the commitment within and between INs to reuse particular persistent identifiers like the use of ORCID for people, or the use of a particular ontology for describing soil types. More complex examples are decisions to reuse entire architectures like the distributed learning platforms of the Personal Health Train IN and
the Farm Data Train for the Food Systems IN. In addition to the developing role of the FAIR Convergence Matrix and FAIR Implementation Profiles, a less formal survey of the cross-IN/cross-domain collaboration was compiled from the flash presentations.

The results of the survey show the beginnings of a network of interactions that rarely happen spontaneously and are almost impossible to track without FAIR approaches. The GFISCO will continue to track and showcase examples of Implementation Network convergence, providing targets for other INs to aim for in striving toward broader agreements on FAIR practices throughout the GO FAIR Community. 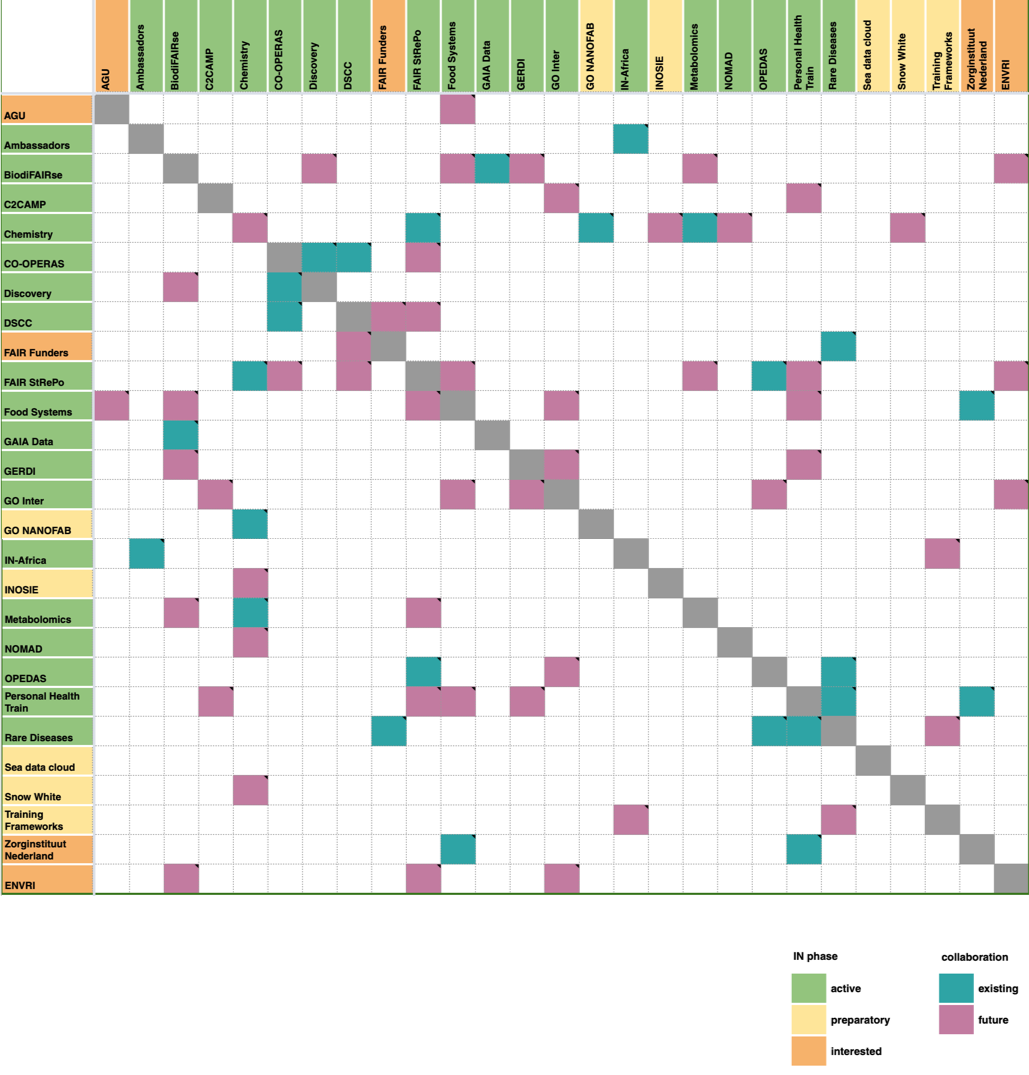 This article was written by Graziella Galinari (Embrapa Digital Agriculture). The thematic…