The Steering Committee was the representative and decision-making body of the participating member states (France, Germany and the Netherlands) that launched and funded the initial phase of the GO FAIR initiative. Each member state delegated two nationally mandated representatives: one from the research community and one from the ministerial level. The Steering Committee endeavoured to meet at least once a year.

Download the Terms of Reference of the Steering Committee (link to a pdf file) and read the Guidelines for GO FAIR involvement on a country level (valid 2017-2021). 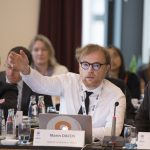 n Dacos is Open Science Advisor to the Director-General for Research and Innovation at the French Ministry of Higher Education, Research and Innovation. He has been highly involved in the writing process of the French Open Science Plan, and is deeply involved in the activities of the Open Science Committee. He was the Founding Director of OpenEdition, a scholarly infrastructure dedicated to open access publications in human and social sciences (HSS), created in 1999. With more than 500 journals, 6000 books, 2500 academic blogs, OpenEdition is considered as a leading European initiative. He received the prestigious CNRS (French National Center for Scientific Research) innovation medal in 2016, being the second scholar in human and social science to receive it, after Esther Duflo. He is the author of dozen of articles and two books about digital humanities and open science.

Dr Hans-Josef Linkens, Federal Ministry of Education and Research of Germany (BMBF)
Hans-Josef Linkens is Head of Division 421, Research Data, at the Federal Ministry of Education and Research. This division is responsible for research information infrastructures and respective national initiatives. He is member of the German Council for Scientific Information Infrastructures and he is active in various working groups about the digital transformation in science. He achieved his doctor´s degree in biochemistry.

Aart Jan Bette, Ministry of Education, Culture and Science of The Netherlands 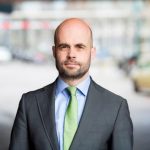 Aart Jan Bette is Head of Unit at the Research and Science Policy Directorate for the Ministry of Education, Culture and Science. In the Directorate he is engaged with the Open Science policy of the Netherlands, and Chair of the National Platform Open Science. This platform was launched after the publication of the National Plan Open Science on 9 February 2017. In this capacity Aart Jan Bette is the ministerial representative in the Steering Committee for GO FAIR. Before his appointment at the Science Directorate, he was amongst else Head of the International Affairs Division at the Ministry of Social Affairs and Employment.

Professor of Library Science and Vice Dean of Research at the Faculty of Information Sciences, has more than 20 years of working experience in the field of information sciences. Previous employers include Göttingen State and University Library (SUB Göttingen) and Max Planck Digital Library (MPDL) at Max Planck Society. She is active in numerous organisations and working groups, such as RDA and Priority Initiative “Digital Information”. She was appointed Executive Board Vice Chairman of the German chapter of RDA effective March, 2018. Her research focus lies on digital humanities and research data (management). Together with Humboldt University of Berlin she is involved in a cooperative graduate program which will cover different aspects of digital data management.

Rianne Letschert (1976) studied International Law at Tilburg University, the University of Amsterdam and the University of Montpellier. In March 2011 she was appointed Professor to the newly established chair in Victimology and International Law at Tilburg University. Professor Letschert received a Vidi grant from the Netherlands Organisation for Scientific Research (NWO) in May 2015 for her research on the impact of international tribunals on societies and people who are confronted with serious violations of human rights and international crime. She is an expert consultant on casualty cases to the Special Tribunal for Lebanon, and she previously also directed the International Victimology Institute Tilburg (INTERVICT). In 2012 she became a member of the Young Academy of the Royal Netherlands Academy of Arts and Sciences (KNAW), and was appointed as its chair in April 2015 till 2018. Professor Letschert has been Rector Magnificus of Maastricht University since 1 September 2016. 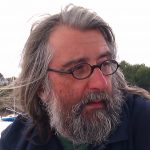 Jean-Pierre Vilotte is Professor at the Institut de Physique du Globe de Paris (IPGP), and Head of the High Performance Data and Computational Center (S-CAPAD) of IPGP. He is also the Scientific Deputy for intensive computing and information technology at the French CNRS-INSU. He has been actively involved in promoting inter- and transdisciplinary data sharing for many years within international fora including the Belmont Forum, and as a coordinator of European research collaborations in the Earth Sciences. His research interests include earthquake rupture dynamics, seismic wave propagation in heterogeneous media, computational physics and parallel computing. Current research projects of Prof Vilotte include statistical data analysis and Bayesian inference methods in seismology, tectonic and environmental seismic sources detection and restoration, statistical physics of debris flows and avalanches. He was awarded an American Geophysical Union (AGU) Fellowship in 2015.